Detailed below is a brief overview of the Ford Falcon nameplate.  Both the historic car which is the focus of this site, along withe the international variants are discussed.  For a more in-depth history check out our History page.

About the Ford Falcon

The Ford Falcon was a nameplate used by Ford in the 1960s and was offered in various body styles and trims.  It was produced for North America from 1960-1970 and was a huge initial success for Ford Motor Company.   However later it was to be eclipsed by its close relative the Ford Mustang. 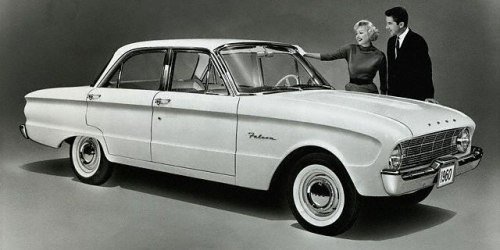 The Falcon was Ford’s answer to the United States domestic automobile industry response to the demand for smaller cars in the early 1960s. The other two major manufacturers (GM & Chrysler) had similar models, however the Ford Falcon was the most popular of the three.  The falcon directly competed with other popular compact Toyota’s and Volkswagen’s of the day.

The Falcon spanned three redesign generations from 1960-1970 and came in a plethora of models including two and four door sedan along with a station wagon variant. It was also made as a two door hardtop, convertible, sedan delivery and Ranchero pickup.

For more technical information see our Features and Specifications page which includes details for all three model generations.

The Falcon was followed up by the Ford Maverick. To find one for sale and more info check out our sister site at FordMaverickForSale.com 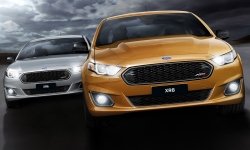 The Australian version of the Ford Falcon was based on the North American version of the same nameplate.  However since its inception it has been redesigned and re-engineered in Australia specifically for that market.

The Falcon (an “Aussie Icon”) is still built today under the same badge.  It has been produced and marketed in a variety of body styles and trims.

Have anything else to add?  Let us know in the comments section below…